I’m very happy to complete 229 days in steemit as of today. It is always quite an interesting experience with mixed feelings. Today I read a few articles about how HF20 is going to be and what plans are being made to make steem blockchain a better and fair place for everyone. After reading so many articles today, I have a mixed feeling now. Till yesterday or even today before reading articles, I had good hopes on STEEM blockchain. But now I feel there can be lots of changes to the way the blockchain works. Currently, the blockchain is based on proof of stake concept and that is the reason why Whales are being able to earn a great income from this platform based on their investment and holdings. They are also capable of deciding who will grow in this platform. In a way, it is good for the stakeholders in the growth perspective, but that is a big reason why lots of people are leaving Steem and looking for alternatives. We already have lots of similar blockchain powered platforms emerging. Of course, they cannot beat steemit but they also foresee a great future.  In this article, I would like to share some details on why steemit is finding it difficult to retain members here.

Why are we failing to retain members here?

There are a few types of people in Steemit. The first type is someone who visits the website and finds the rewarding schemes more attractive here and ultimately tries to milk the system as much as possible. They do all sorts of scamming and use all sorts of shortcuts to get maximum benefit out of the system. Some are persistent explorers and some people get fed up and leave the platform. People who are consistent in doing this task, use bid bots and other possible ways to earn and get maximum out of it. Another type of person is a hard-working content writer. They put their heart and soul into writing and their earning will never cross even 1 $. They either get fed up or continue to stay in the platform. Below are the few reasons why we fail to retain members in steemit: 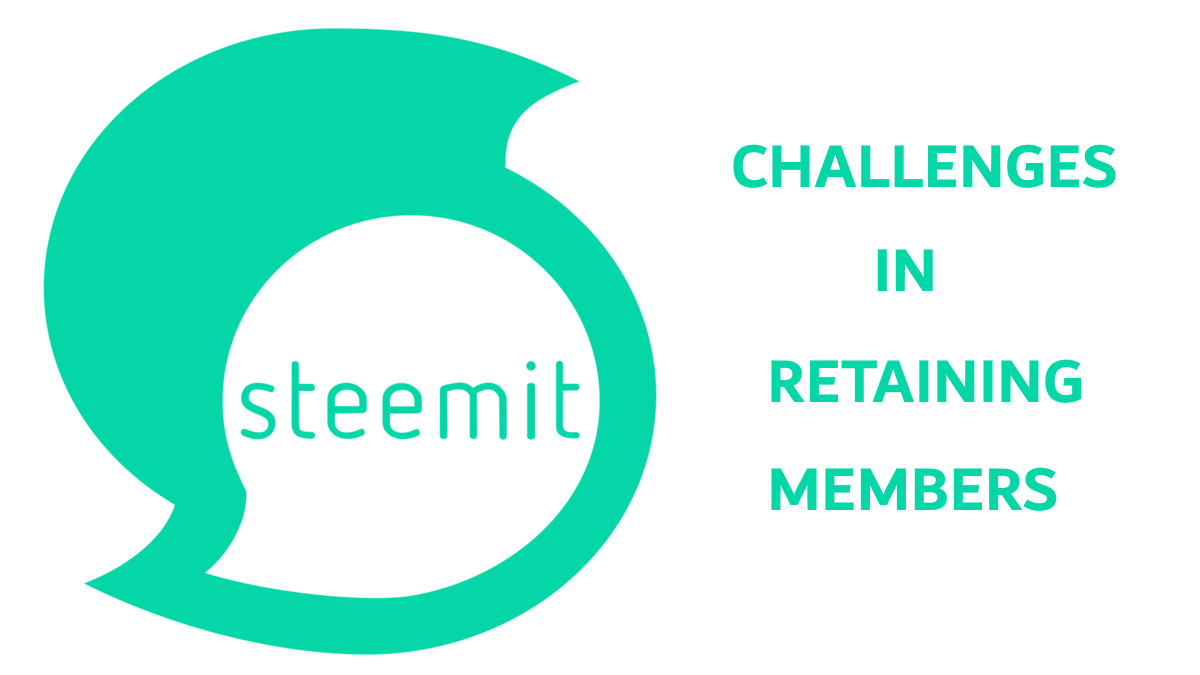 The concept and algorithm used here are simply awesome but unfortunately, it is also another reason for failure. Most of the people here see this only as an earning platform and not a good resource for articles or knowledge. This is all because the rich guys know how to make money here even if they don’t post any valuable thing here. Poor guys here even though they put their heart and soul into writing will not get even a single organic upvote. Most of the value goes for paid upvotes. Whales in steemit delegate their SP to bid bots to earn passive income. The platform is being used as a good source of passive income by the whales fading the fact that it is basically a content-based blockchain platform.

No payout after 7 days

In other platforms like Youtube or personal websites, the content creators earn a lifetime income based on the views and ad clicks. In steem blockchain, a person will be able to generate income on their posts only for the first 7 days. After the 7th day, the post goes unnoticed. Though technically it is a difficult thing to implement in the blockchain based on the current reward pool, there should have been better methods to make even old posts generate revenues. It is believed that SMT tokens are addressing this issue where even after 7 days a post can be rewarded. We still don’t know how it will be implemented. This is one of the major reasons why people join Steemit and leave.

The trending page in steemit is the most abused page ever. People who are influential in the platform spend lots of money on bid bots and make their posts hit trending page. Nowadays it is not adding any value to the posts but however, for new joiners and for people who see the platform for the first time, they will find it as a scam. We usually see someone with a single photo getting around 400 $. They might have paid for bid bots and used bid bots to upvote their posts. It is quite unfair and misleading. This is one of the main reason why people leave steemit after joining.

More than 60 % of the Steemit users are bid bot users. Everyone is comfortable using bid bots to get a boost on their post. Though not all the attempts are a successful one, they still continue to use bid bots. Every month we see many bot accounts emerging in steemit. I don’t know whether to say this as a good feature in steemit or a curse for steemit. People who are rich make use of bid bots to become richer. Most of the whales and dolphins in steemit use bid bots to boost their posts and make it hit the trending page. There are also many abusers who make use of bid bots to boost their posts and hit the trending page. The post will have just one image and they boost the post up to 150 $.

There are lot more factors contributing to the failure of member retention. I will stop with this for now. Everyone is eagerly waiting for HF20 where it is expected that most of the above issues will be sorted. But people here are highly upset with the speed of development happening. There are lots of questions being raised but we will continue to hold the hopes.